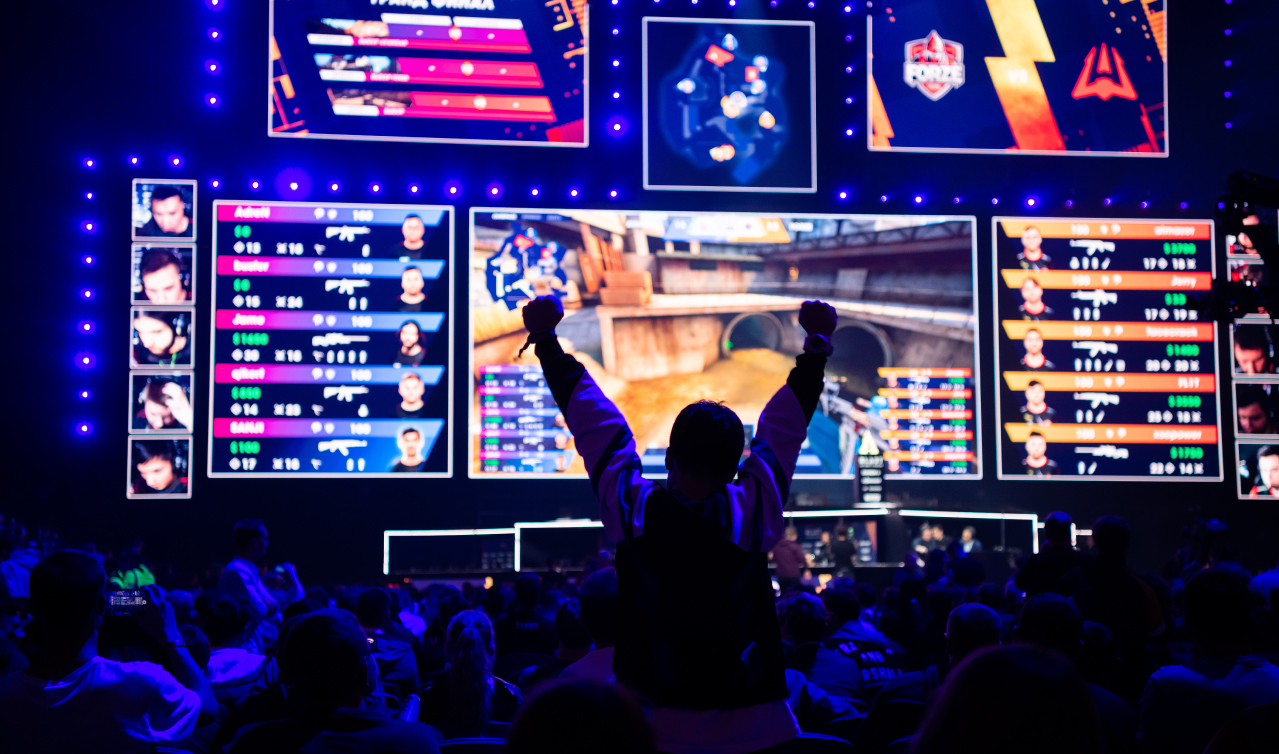 In a world where digital experiences are getting more and more important, it will come as little surprise to know that the video game industry is also picking up speed. The public’s passion for video game competitions means that the eSports phenomenon has more followers than  ever. Just how can your brand capitalize on the rise of video games? At Pointbleu Design, we will give you all the details!

eSports or electronic-sports are competitions organized at a professional level, in which different players participate in a variety of video game disciplines. Its popularity is such that this discipline fills stadiums all over the world, becoming a “trending topic” on social networks.

Brands are taking advantage of this video game boom to create new marketing campaigns, and a notable example was launched on Fortnite. The most popular video game in the world announced a new battle that pitted “Team Burger ” against “Team Pizza”. It was here that the fast food chain Wendy’s found a way to participate, joining the game with the creative campaign “Keeping Fortnite Fresh”, aimed at spreading their message about the inconvenience of eating frozen meat.

To publicize the “Fresh, never frozen” beef campaign, Wendy’s announced on Twitter that they would broadcast their battle against the meat freezers in Fortnite from their Twitch account. They did so live over a 9-hour period, accompanied by their fans. Millions of people were able to witness the battle, and players convinced Twitch influencers to join the game started by Wendy’s.

Not only FMCG companies have found a space in video games. Net-à-Porter has recently partnered with Animal Crossing: New Horizons so that avatars can avail of five looks inspired by the Isabel Marant collection. Balenciaga launched its FW21 collection through the video game Afterworld: The Age of Tomorrow. And Louis Vuitton has released a capsule collection in League of Legends.

When it comes to eSports, how can companies leverage their influence? Currently, many of these companies have opted to sign a sponsorship agreement with the professional teams that play in each of the leagues. Just like in collaborations with influencers, brands choose which team to sponsor because of the values ​​they transmit as a group. Companies such as San Miguel, Adidas and G Fuel are sponsors of Team Heretics, a team founded in 2016 by youtuber Goorgo. Movistar, where appropriate, sponsors the Movistar Riders team that has a high-performance center, the Movistar eSports Center.

It is not worth placing a large logo in video games, brands have to think about what they are going to contribute to gaming platforms, which ought to be edifying for users, generating not only engagement but also innovation. Gamer communities will only be grateful to brands if they generate good content and experiences that match their passion for video games.

And you, what approach do you consider to be most impactful?

At Pointbleu Design, we look forward to hearing from you!