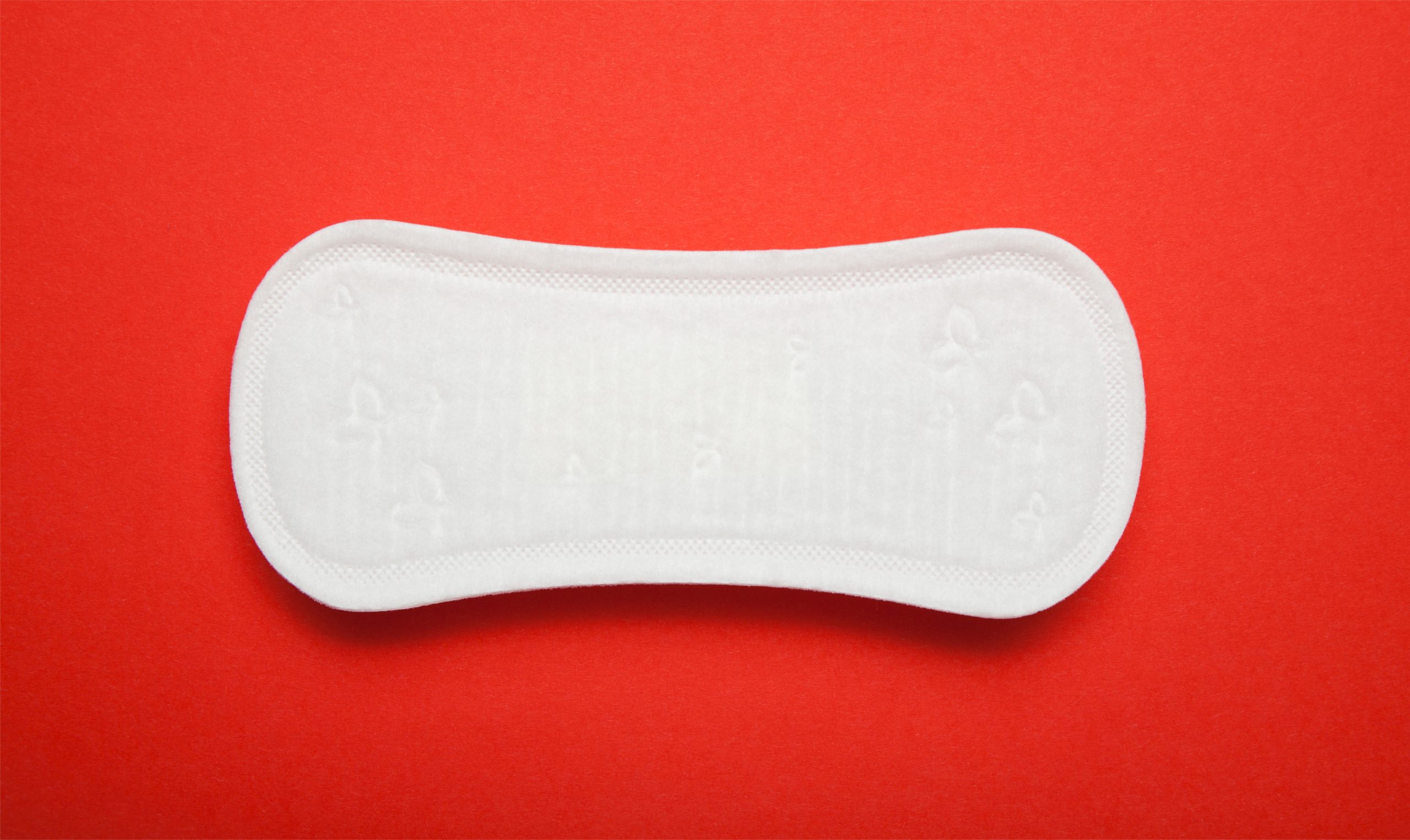 Although red is the reference colour when talking about menstruation, the truth is that the world of feminine hygiene has been avoiding it at all costs.

Feminine products brands such as Always, Ausonia, Mía, Evax, use blue to simulate the menstrual flow in their ads, and in terms of packaging design one can see striking colours such as lilac, pink, yellow and even orange, yet red is never used. The tampons seem to have been designed along much the same lines, as they look less like the product itself, instead opting for a packaging that would lead you to believe they are candies.

In the world of period-tracking apps, pink, flowers and other childish and outdated designs are the predominant style. It begs the question: in an application designed exclusively for women, why does it remain subject to the typical gender coding used in the market?

Is the new way of showing the period offensive even to women themselves?

In the Western world, words like “Aunt Flo”, “Strawberry week” or even blaming a woman’s mood swings on whether or not it is “that time of the month” are just some examples of how something so natural and commonplace in women has been hidden. A study launched in 2015 in 190 countries showed that euphemisms for the period were used in 11 different languages and counting.

It wasn’t until 2011 that the game changed. The brand Always launched a campaign where we saw, for the first time, a sanitary pad with a red dot. Six years later, Bodyform in the UK used images of embarrassed girls using a pad for the first time, or with blood running down their leg. Criticism of these images came out in no time.

The sight of blood disturbed some parents, who feared for their children’s sensitivity and even got angry because they had to have uncomfortable conversations with them; others directly took it as a denigration of women.

Is this the new way of seeing the period?

It seems to be. In a study conducted by Nielsen, it reveals that “Being real is the new cultural currency, as today’s influence comes from the authentic ideas and imagination of ordinary people,” says Sofia Hernandez, Director of Business Marketing at TikTok USA.

And the brands seem to have heard it. Cora, the U.S. feminine hygiene brand, has opted for transparency and elegance in its products. Their vision is clear, that women can manage their period and health in a safe and dignified way. For this reason, they have decided to opt for minimalism, with white, black and gold as their main colours.

On the other hand, many companies seek to deal with taboos. In early 2020 Kotex became the first brand to launch an advertisement for its sanitary pads with red liquid.

In October, the Swedish intimate health brand Intimina contacted the Pantone Colour Institute to develop a new red colour. This new colour is part of the Seen and Heard campaign, which aims to make menstruation acceptable, without taboos, so that women can feel prouder of their periods.

Is red the best colour for showing your period in public?

Although red is a striking colour and is usually associated with danger, in the world of marketing this colour can evoke different emotions such as adventure, excitement, passion, empowerment and daring.

Wouldn’t these values be the ones that any brand would like to represent?

In an era where realism and objectivity are increasingly sought after, brands are finding the perfect opportunity to break down taboos and be more honest, transparent and close than ever. The consumer has become more demanding, which is why it is necessary for brands to transmit confidence and respect, thus allowing the consumer to be able to use them and feel instilled with the confidence that they represent these values.

Whether it is by depicting the period as its natural colour, or by turning pads and tampons into luxury objects, there are many ways to dignify women and their bodies.

Do you think consumers need brands to be more explicit in their businesses, or should each one create its own ideal world?